As we mentioned in our previous article about mobile tendencies, 2016 will be a year of advances in this field, and in advertisement in general. And one of the revolutions that we’ll start to have an idea of, is the Wearables one.

When we talk about wearables we can refer both to a hardware that can be worn – like a watch or smartphone – and to clothing to which a technology is added – like a t-shirt with an integrated chip that registers your heart beat.

The evolution of mobile advertisement

The irruption of mobile phones in our life has lead towards a complete transformation of our way we express ourselves and the way we receive information, and obviously advertisement area has been able to adapt itself to this massive change. According to TicBeat, the overhead cost in mobile advertising will be more than $100 million throughout 2016, and we expect a growth of 430% since 2013.

In 2010 tablets arrived, and soon they converted into a commonly used device, and this generated a multi-device mentality in the advertisement market: tablets, mobile phones and desktop computers.

The number of wearables bought by user still is not comparable to the number of mobile phones and tablets, but the increase is sure. Cisco predicts that in 2019 there will be 578 million Wearables, compared to the 170 million of 2015. The charm of these devices must be thought as wearables being a complement of smartphones, providing additional information to the amount already supplied.

How is the Wearables growth going to affect advertisement?

The Wearables are part of the internet of things, and we are able to foresee an explosion of this concept in the next few years: connected cars, domestic appliances, wearables and much more.

In a world in which data recollection is still expensive, the Wearables offer the possibility to improve the supply of new and unique data. It could be data related to health, activities, location and movements; the data gathered by the Wearables are going to generate a new approach of mobile marketing.

For example, we could access and combine information of a watch with data related to a pair of sunglasses, this is a function that allows users to know a combination of movement, geolocation and display data. With this information, it will be possible to know how consumers buy, how long they look the products for, or if they read the description.

Thanks to the Wearables, users will be able to better understand each step of the shopping process, and will also give the advertisers the opportunity to launch their ad in the right place and at the right time.

It’s also important to consider the intention of certain companies, such as Apple, to convert their device in a payment method: the Apple Pay system, already operating, allows the buyer to purchase directly from the Apple Watch, in an easy and simple way, without involving a credit card or smartphone. For the advertisement area this could be an interesting opportunity to explore new kind of ads.

“The Wearables Revolution”: New Challages for Brands and Advertisers

The advertising sector is already aware of the existence of different devices and interfaces when it comes to carry out their strategy, and it’s clear that the imminent wearable-revolution is going to lead this field to innovate and connect with consumers in different ways. The advertisers want to be where the consumers spend their time.

However, companies involved in this business area have to consider that: 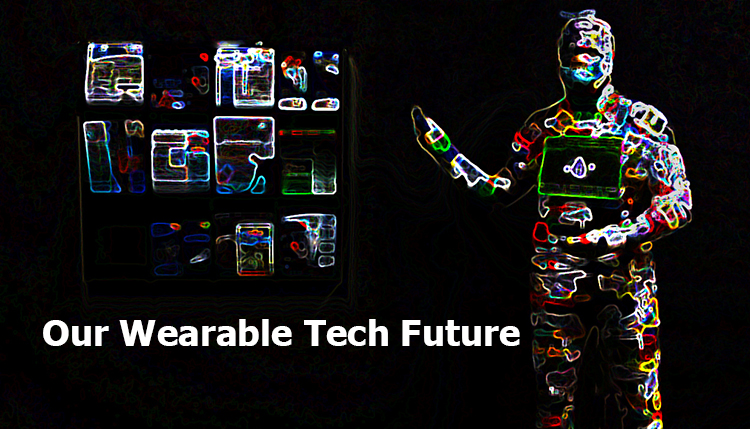 The Wearables don’t have to be considered as a threat to the mobile advertising world, they are in fact exactly the opposite: these devices open the way towards new opportunities regarding formats and interactivity. The future of advertisement goes through a multi-device strategy, which the Wearables are a huge part of.